Jumeirah College hosted the 2018 COBIS Student World Debate Competition from 1-3 February, during which exciting topics were fiercely debated in an effort to win the trophy.

The competition started with a fun evening, allowing the teams to get to know one another while sampling local cuisine with explanations from top chefs.

The Friday morning started with all the students rising to the occasion to debate the motions; "This house believes that countries that supply arms are as guilty as those that use them" and "This house believes poor teaching is to blame for poor exam performance". These two rounds allowed students to display their excellent preparation and research, as well their problem-solving and creative thinking skills.

The last two serious rounds of the day led to highly charged debates with the motions "This house proposes that toxic masculinity is the most dangerous evil to affect society" and "This house believes that the development of artificial intelligence high functioning intelligence presents too many risks".

The showcase debate closed the events for Friday, with the motion "This house believes that beauty is only skin deep". The motion was contested in good spirits, with the audience voting the proposition as the winning team. 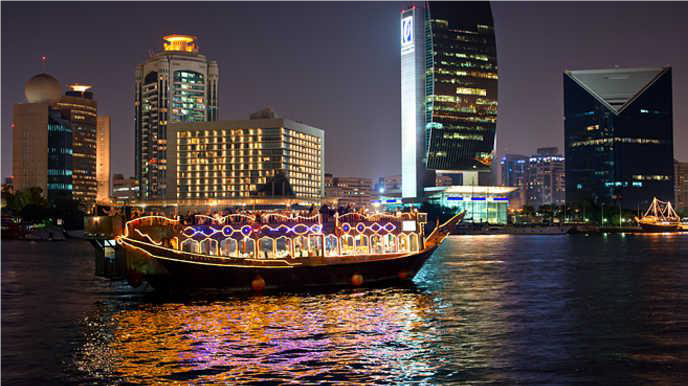 Saturday started with the final group motion "This house believes that organ donation should be made compulsory". With progression to the quarter finals at stake, there were some very close debates and even a tie between Dubai English Speaking College B and British School of Bucharest.

The quarter-finals saw the International British School of Bucharest, Dubai English Speaking College (B), JESS Dubai and British School in The Netherlands progress to the semi-finals of the Plate Competition and English International College, Dubai English Speaking College (A), Dubai College (B) and Dubai College (A) progress in the Cup Competition.

The semi-finals of the Cup Competition saw the two Dubai College teams take on one another with Dubai College (B) victorious and Dubai English Speaking College (A) progressing, with last year's winners English International College going no further. A Dubai derby was set for the final!

The semi-finals of the Plate Competition saw the British School in The Netherlands and the International British School of Bucharest progressing to the final after beating JESS Dubai and Dubai English Speaking College (B) respectively.

COBIS would like to thank the staff and students at Jumeirah College for hosting this event.