From start to finish, the Prince was deeply engaged with all the children, and was as interested as he was interesting, telling several stories from his own background to support and entertain the people he spoke with.

On arrival, he was greeted by the school's proprietor, Mrs. Joke Chukwumah and myself, plus other board members and the junior school's Head Boy and Girl (exquisitely dressed in national costume) who presented him with a beautiful bouquet of flowers. The Prince looked quite touched and asked the Head Girl if she'd grown them herself. Rightly, she said, 'of course' and the Prince smiled, looking deeply pleased at the warmth of his welcome. 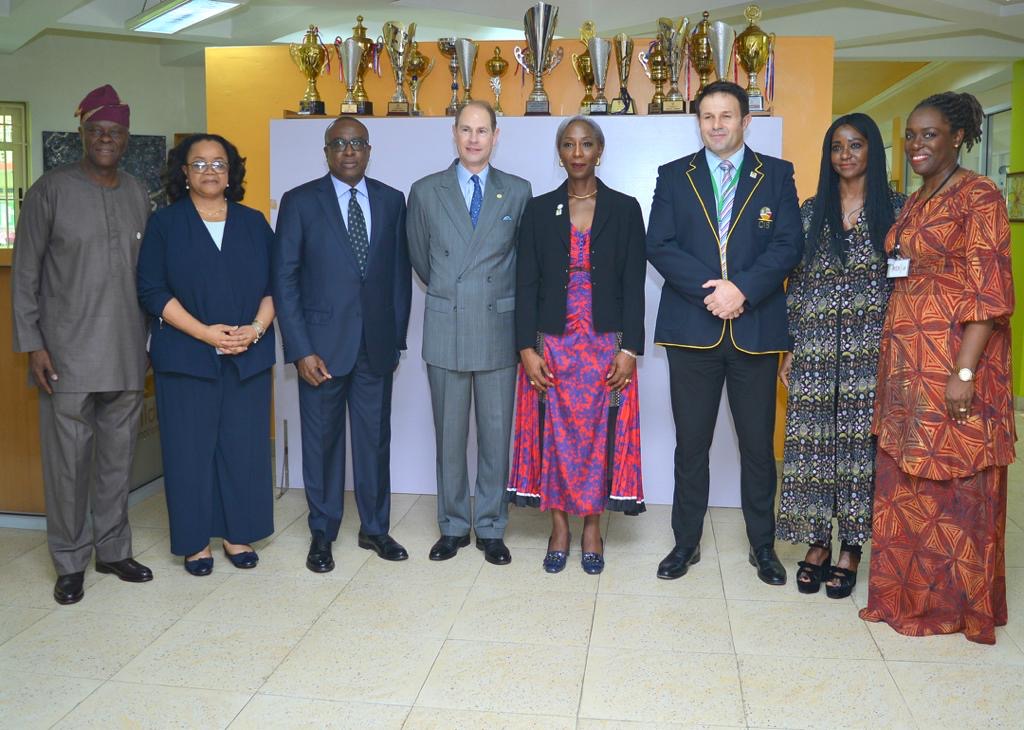 Having signed the visitors' book, the Prince then visited the main quad of junior school where about 400 very animated children and teachers lined the walkways to cheer and to wave their British and Nigerian flags excitedly. The Prince looked impressed and surprised, commenting on how seriously Nigerian children took their education and their school community. Certainly, there was so much colourful cheering and flag-waving that the scene looked more like a royal wedding or jubilee!

The Prince then moved on to open the new four storey senior school building, named Dracy House. 'Dracy' combined a syllable each from Mrs. Chukwumah's children's names and is itself a name associated with determination and character, and thus seemed entirely appropriate in its personal and wider meaning.

Before cutting the ribbon, Prince Edward was introduced to Mr. Khipani Bhila, assistant head of CIS, Duke of Edinburgh Awards Coordinator and, as was later demonstrated, a superlative MC! The Prince and Mr. Bhila clearly relished a moment here to celebrate the values the awards represent.

There was a great deal of joyful anticipation at the opening of CIS's new classrooms which included 5 science labs, 3 ICT labs, art and music rooms, a library and provision of a dynamic, self-directed learning space.

Significantly, the building makes CIS quite unique as it juxtaposes extensive boarding provision with junior and senior school departments, significant sports facilities, a mezzanine library plus a combination of more traditional and progressive education in the form of a sizeable self-directed learning area.

Having opened the building, the Prince began to speak with members of the 10 Lagos schools who came for the Duke of Edinburgh International Awards and who had prepared an exhibition for him. The Prince was clearly impressed with some of the exhibits, especially those which made clothes from recycled plastics and other items. 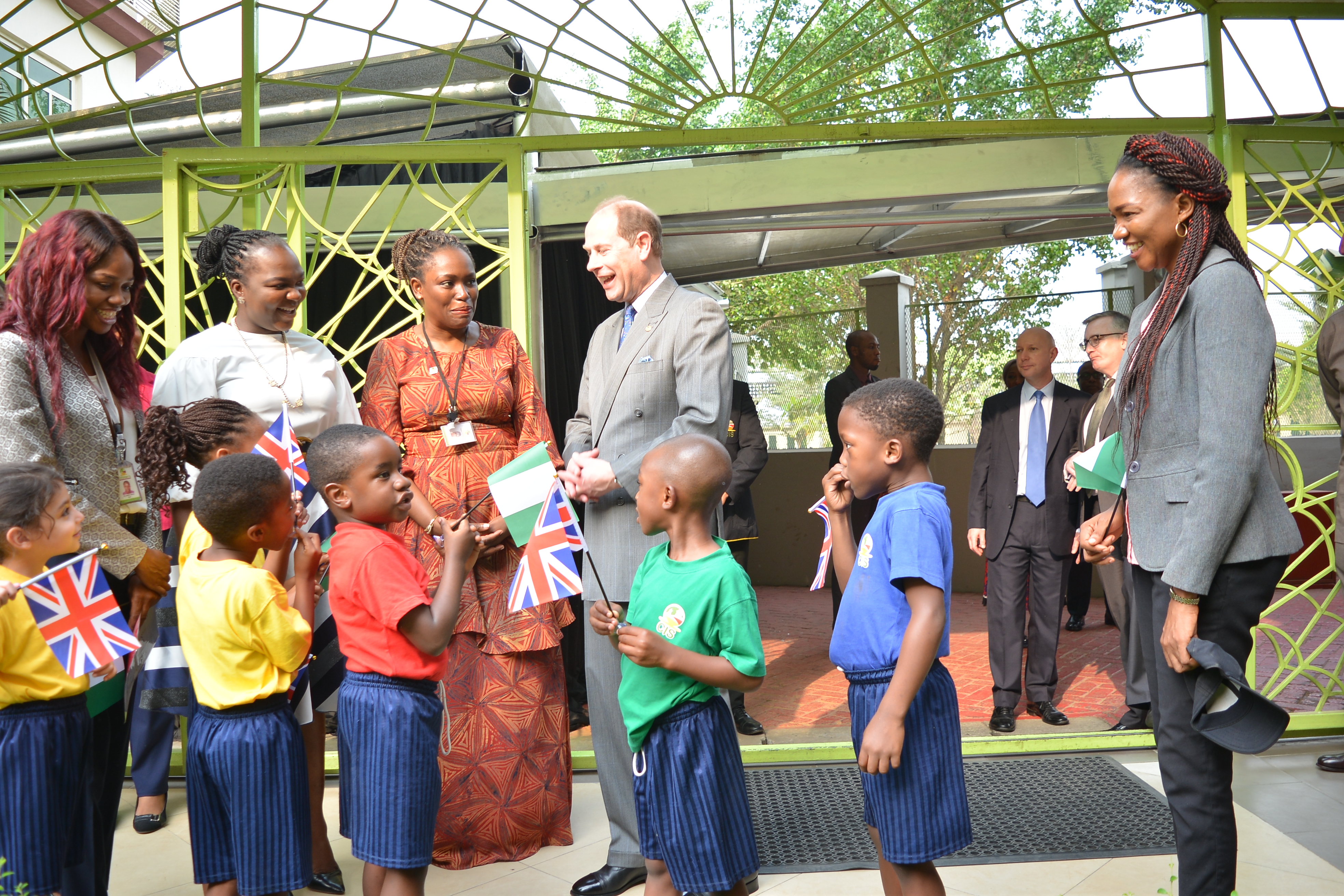 He then made his way along the boulevard to the main hall, always stopping to talk and making so much time for the children who had come to see him. Once in the hall, Mrs. Chukwumah opened proceedings with her welcoming speech of warmth and praise for the Duke of Edinburgh movement. The Prince was then treated to a moving rendition of 'Jerusalem' by the CIS brass and woodwind section, a stunning saxophone tango solo, a wonderful African play on the importance of mentoring and belief, as well as a soaring choral performance from the Atlantic Hall ensemble. The atmosphere in the hall was one of celebration and belief in the potential of young people, as the message 'Tomorrow is Ours' was repeatedly echoed in the performances.

Subsequently, Prince Edward made his personal presentation on the Duke of Edinburgh International Awards and their value. At times serious and at others speaking with levity, he underlined that the awards support holistic growth beyond the classroom environment as they enrich and extend young people in ways that academic environments don't necessarily make allowance for.

I then concluded matters, emphasizing the values of care, consideration and compassion, and the importance of these values for the future of CIS, Africa and the world. I was clear that these timeless values of human progress were most appropriately epitomized by the Prince himself and the D of E movement which he represents.

As the visit drew to a close, the Prince met the children who had come late and missed him. He made another round of the Duke of Edinburgh exhibitors' stands, smiling and chatting with all those he hadn't had a chance to talk to on his way in.

We were honoured to receive such a visit from HRH Prince Edward, who left an enduring impression of sincerity and authenticity. He expressed a genuine interest in aspirations for young people. Indeed, if his timetable had been more flexible, he would have probably stayed all day as he evidently enjoyed himself, to the point that his security team had to remind him repeatedly that it was time to leave!