Setting up a
British International School

The international school sector is growing at a fast pace, with a particular emphasis on (and demand for) schools that offer variations of the British curriculum. While traditionally, these schools would have been set up as standalone schools by trusts or investors based abroad, an increasing number of UK independent schools are also now opening franchises around the world.

There is a lot to consider before entering the international schools market – whether as a private investor, company, or existing school looking to expand. In the first instance, the pros and cons of opening up overseas must be weighed up carefully. The best advice is the same as any teacher would give to their students: ‘do your homework’. 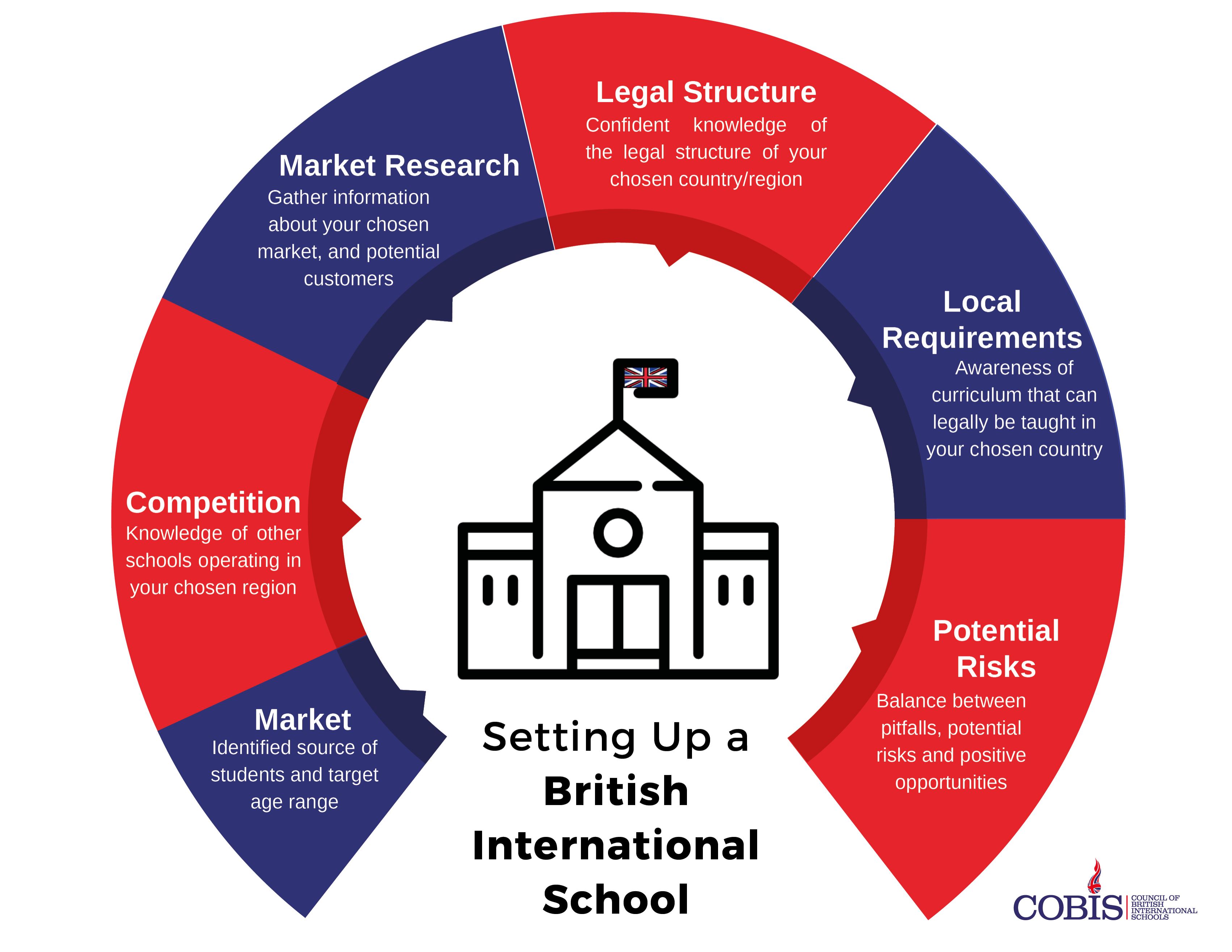 There are a lot of advisors, including many who work with the COBIS Consultancy Service, who exist to help schools or groups looking to establish a new international school. For example, you may want to consider the competition in your chosen region. Market research will be key to the preparations for opening abroad and an in-depth, evidence-based look at your plans is vital. This should all take place prior to any project being given the green light.

With any large-scale project, stakeholders must consider the balance between pitfalls, potential risks and significant positive opportunities. Prospective owners must ensure that they are completely confident in their knowledge of the legal structure of the country in which they are going to set up. At COBIS, many of our schools have come into conflict with governments regarding what curriculum can legally be taught in schools in certain countries. We advise schools not to export an exact replica of the curriculum taught in schools in the UK, but rather the DNA of the British curriculum that is so widely renowned, balanced with local requirements and characteristics.

Many schools or investors presume that identifying areas where large numbers of British expats reside is a prerequisite for choosing the location of a new school abroad. While this is part of the research process, British expats are not the only source of students who will benefit from a high-quality British international school education. The continuing movement of global labour and the strong reputation of British education means that while, ten years ago, approximately 80% of students at British international schools were British expats, this number has now reduced to around 20%.

The number of international schools, currently in the region of 8,000, is set to double in the next 10 years according to COBIS Supporting Members, ISC Research Ltd (part of The International School Consultancy). Approximately 46% of those schools follow elements of the UK curriculum. At COBIS, we are very keen to support schools which are hoping to set up overseas but we also recommend that schools grow at the right pace for the right reason. Instead of establishing an ‘all-through’ school immediately, many schools may want to grow organically by setting up an Early Years or Primary School first and then following through with Secondary and Sixth-Form provision at a later stage.

The COBIS Consultancy Service can help you access support in setting up a new school. Click below for more: